Mental Health and Mental Illness Are Not Opposites

Insights from positive psychology have changed how we view mental health.

One of the main developments in the field of psychology over the past 30 years has been the emergence of Positive Psychology, defined by one of its founders as “the scientific study of what makes life most worth living.” Positive psychology is the reincarnation of humanistic psychology, a movement that emerged in the ’60s to challenge the deterministic and mechanistic assumptions of psychoanalysis and behaviorism, offering instead a new type of psychology centered on the unique and positive aspects of human existence.

Focusing on human potential rather than pathology, the humanists placed the whole, unique individual at the center of their inquiry, emphasizing conscious experience and the human desire for self-fulfillment. The humanists became rather influential for a while, but their impact has diminished over time, in large part because they spoke in abstract terms without providing an adequate empirical basis for their claims.

Positive psychology, founded in 1989 by the psychologist (and then-APA president) Martin Seligman, sought to correct this problem by enlisting the tools and methods of contemporary science to the task of investigating happiness and well-being. The field has since grown rapidly in size and clout. Along the way, it has come under much criticism concerning the slippery nature of its core concepts (i.e., happiness) and the reliability and validity of its measures, which rely heavily on self-report surveys. Some critics also argue that the focus on the positive creates a biased, Pollyannaish picture of human existence, amounting to an oppressive, simplistic, and culturally biased tyranny of positivity. Others have accused the field of overselling itself, morphing into a slick marketing and commerce operation based on rickety science.

Positive psychology is also criticized for lending itself too easily to being a tool of social control, insofar as it focuses on individual-level problems and solutions rather than those structural forces that may more powerfully shape people’s life paths. People who are taught to think positively, be optimistic, and attribute their unhappiness to their failure to do so are by definition less likely to rebel against the powers that be. There’s a whiff of self-blame and potential for shaming in the notion that one’s happiness is chiefly in one’s hands. 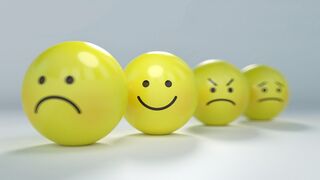 Much of this criticism is deserved. And criticism, in general, is the way science moves forward, as the strongest ideas—the ones that can withstand reasoned critique and empirical testing—rise to acquire the status of truth. Yet, several positive psychology findings have proven quite robust and useful. One of these relates to how we view mental illness and health.

Historically, psychological research and theorizing concentrated on the phenomena of psychopathology: mental illness, dysfunction, disorder, and distress. This effort was premised on the assumption that mental illness and health are two opposite ends of one continuum and that, therefore, mental health is the absence of mental illness.

Positive psychology research, however, has proposed an alternative, known as the dual continua model of mental health, asserting that “mental illness and positive mental health reflect distinct continua, rather than the extreme ends of a single spectrum.” The dual continua model thus holds that “the presence or absence of psychological distress alone is insufficient for determining one’s mental health status, and, thus, in research and in practice, the absence or presence of psychological well-being should be a coequal consideration.” One’s mental health “assets,” in other words, matter as much as one’s mental illness “liabilities” to one’s future prospects.

The concept of psychological well-being emerged in the ’90s as researchers sought to expand the focus of inquiry into human happiness beyond the focus on pleasure and pleasant emotions to include notions of self-actualization and optimal functioning. Positive psychologists refer to this aspect of well-being as eudaimonia—the notion, dating back to Aristotle, that the realization of one’s potential defined the good life. Current research has identified six elements that make up psychological well-being:

Both of the above aspects of “positive mental health” focus on the individual. Yet human beings are social creatures. We are entirely dependent for our survival, self-definition, and thriving on our social context. To prosper fully, one must prosper socially. A comprehensive evaluation of our well-being must, therefore, include social well-being. The influential sociologist, Corey Keyes of Emory University, described five core elements of social well-being:

In this formulation, then, one must demonstrate emotional, psychological, and social well-being to be considered completely healthy. These newly conceptualized aspects of positive mental health must be considered alongside traditional measurements of mental illness if we are to understand fully and accurately predict people’s life paths and health outcomes.

Studies have shown that “adults and adolescents who are diagnosed as anything less than in complete mental health (i.e., flourishing without mental illness) are functioning worse in terms of physical disease, health care utilization, work productivity, and psychosocial functioning.” Conversely, “individuals who are flourishing but have an episode of mental illness function better… than those with moderate mental health, who in turn function better than individuals who are languishing and have an episode of mental illness.”

The most recent review of this literature, published in 2020, has identified “83 peer-reviewed empirical articles, including cross-sectional, longitudinal and intervention studies, which found overall support for the superior explanatory power of dual-continua models of mental health over the traditional bipolar model. These studies were performed in clinical and non-clinical populations, over the entire life-course and in Western and non-Western populations.”

The implications of this new model are twofold. First, just as evaluating one’s financial future prospects must include an assessment of both their liabilities and assets, so too our attempts to predict important future health outcomes must include measures of both mental illness and positive mental health.

Noam Shpancer, Ph.D., is a professor of psychology at Otterbein College and a practicing clinical psychologist in Columbus, Ohio.

Amazon will donate .5% of your purchases to NAMI Southwest Washington!